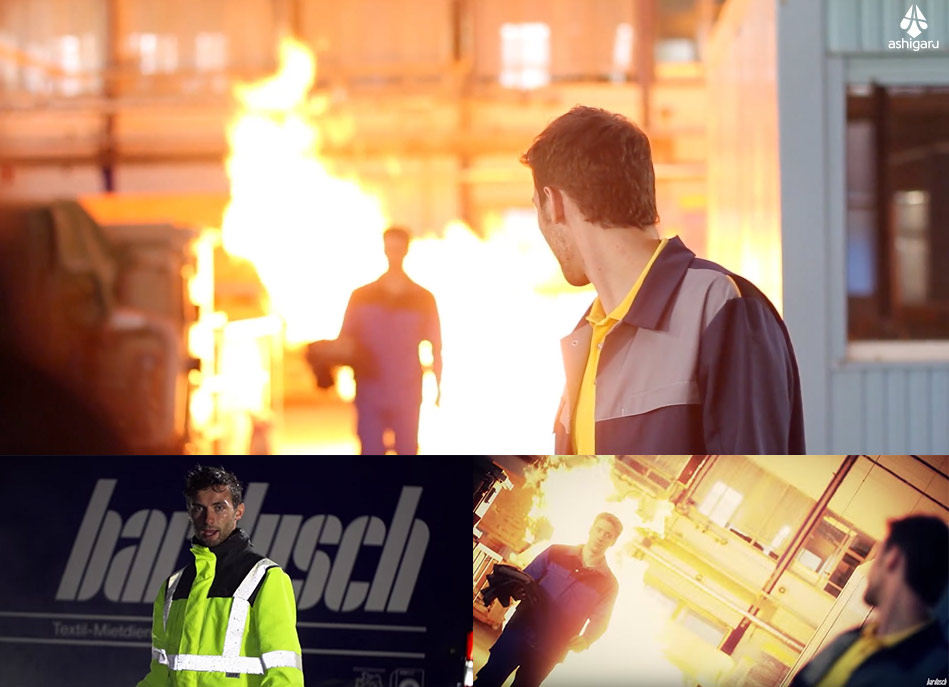 The Bardusch product commercial was a challenge, but also a great opportunity to grow. Originally we were only planned as Parkour athletes, but we could convince the customer with creative ideas and a good network – so we produced the whole project, from concept to execution. We had an ambitious goal, and to fulfill our expectations we had to rent an old hall, transformed it into a parkour park, flooded it and used some pyrotechnic to create the necessary atmosphere.

We needed a cameraman, who was experienced in filming Parkour and could work under extraordinary circumstances. Thats why we chose Frank Sauer and Sebastian Linda, who impressed already with Red Bull video projects. Andi, Enis and Caro werde in front of the camera and introduced the Bardusch products in action. They literally went through fire for that.

The prohject wouldn´t have been possible, if it wasn´t for our team. We worked as producers, building team, stuntmen, infront of the camera and as behind-the-scenes filmer.

We are especially proud of the endresult, that can be seen here: